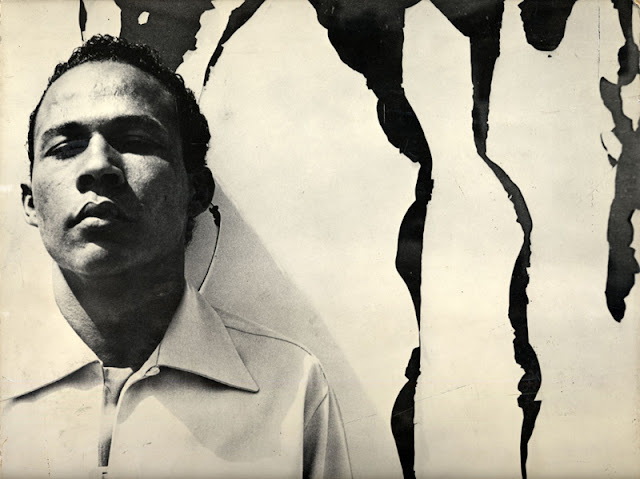 Shadow people, projected on coffee-shop walls
Memory formed echoes of a generation past
Beating into now.

Nightfall creatures, eating each other
Over a noisy cup of coffee.

Mulberry-eyed girls in black stockings,
Smelling vaguely of mint jelly and last night's bongo
drummer,
Making profound remarks on the shapes of navels,
Wondering how the short Sunset week
Became the long Grant Avenue night,
Love tinted, beat angels,
Doomed to see their coffee dreams
Crushed on the floors of time,
As they fling their arrow legs
To the heavens,
Losing their doubts in the beat.

Coffee-faced Ivy Leaguers, in Cambridge jackets,
Whose personal Harvard was a Fillmore district step,
Weighted down with conga drums,
The ancestral cross, the Othello-laid curse,
Talking of Bird and Diz and Miles,
The secret terrible hurts,
Wrapped in cool hipster smiles,
Telling themselves, under the talk,
This shot must be the end,
Hoping the beat is really the truth.