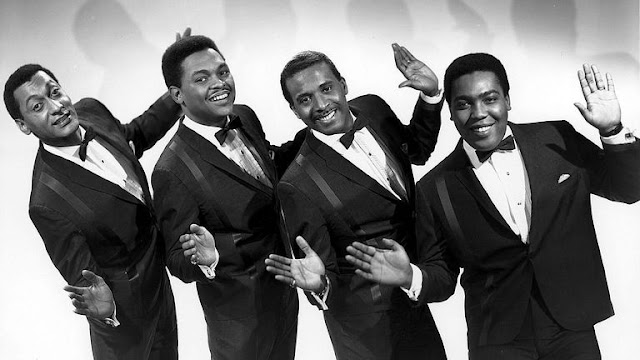 I once went to a cocktail party in London......a real swank and high-class sort of affair in South Kensington, one where the chief amusement of this particular crowd of the upper-class English snobbery that was in attendance that night, was to try and provoke yours truly into a burst of some kind of outrage that would reveal and expose me as some kind of American simpleton and hayseed.

But I knew exactly what I was dealing with, I had experienced this sort of thing many times before during my time in this city, and even if these people were practically begging me to descend into some kind of outraged cliché----“yeah, well, without us you'd probably be speaking German these days”-----in order that I might become an easy target upon which they could unload a torrent of resentments related to their lost empire upon me. But I was having none of it.

Hell, this wasn't my fight, I was just a student of art abroad and in nowise responsible for the fortunes or misfortunes of their country, and I was not going to be baited into venturing anywhere near this trap. And there wouldn't have been much sport in it, anyway----or so I thought!

I had already faced much worse than the mere daggers of whispered innuendo that this “polite crowd” was capable of assailing me with. Like that time when I had been up north in Yorkshire with my father on an antiques buying trip a year or two before, when I had kinda-sorta-accidentally headbutted this guy one Saturday night in a pub. He was the boyfriend of a girl I knew, was on leave from the British navy and was a veteran of the Falkland Islands spat. I had only been fooling around with him and didn't mean to hurt him, but I had misjudged the velocity with which I thumped his head and it nearly knocked him out. When he recovered he was fuming and I could see that his first semi-rational thought was to make a run at me and I was getting ready to absorb the first blows----but then he didn't do anything. As we stood there staring each other down, eyeball to eyeball, I could see very clearly in his eyes a doubt and fear that checked his furry.

I saw this again one night in Soho, when two bad boys---and I mean real hardened cases with absolutely nuthin' to lose----got me cornered in a compromising situation and were threatening me with every degradation and vice that had ever been dreamed up in the pits of hell unless I coughed up a thousand quid. But it just wasn't gonna happen, they had clearly made a mistake thinking that this clean-cut Yank in a Brooks Brothers coat was some kind of easy prey. I understood that I was in a completely vulnerable position and in truth I was even scared myself---but I knew I had to keep my cool and not reveal anything of my own concerns. I was reassured by the fact that on my pants was a belt with a big brass buckle that would make a real impression upon someone's skull if and when push came to shove. And I was not altogether unfamiliar with fighting where the odds were stacked against me. In fact, I had been doing it my whole life as the little brother of a big brother who did not hesitate to resort to fists when wanting to enforce his will upon me. And I had fought against my rivals and sometimes friends all through junior high school and had to fight practically half the upperclassmen of my high school during my Freshman year, seemingly after every football practice, at every party I attended, and for what I have never quite been able to determine.

But there in that cellar club on a back street of Soho London all I knew was these damned hooligans, no matter how big, how tough or how hardened they might be, were not gonna get one pence outta me, not then, not ever. They would have had to kill me first! So I stood preparing myself for what seemed inevitable to come, a real tough fight and probably a real brutal beating that I would have to take before I would be able to untangle and extricate myself-----but alas, it never came. The threats grew louder and more violent in description but these guys never moved so much as an inch closer to me. And then I saw it, that same doubt and fear that I had seen in the eyes of the sailor up north. I knew in that instant that the tables had turned and that I had gained the advantage and that when pressed it would allow me to walk calmly right outta that place, which I eventually did, and right between them as if I was Moses walking through the parted Red Sea.

But anyway, there I was at this party in South Kensington, determined to keep my cool and keep my hands and mouth clean on this particular night when among so-called gentle people and so many pretty ladies----but then I heard one distinct provocation coming from a dim corner behind and over my right shoulder and spoken in a volume that was just above all the chit chat going on so that it was just able to reach my ears. I cannot recall his exact words after all these years but the guy who was speaking apparently had an American colleague----but no mere ordinary Yank, mind you, but one of the “right kind,” that is, one who was well bred, well mannered and housebroken to be deferential to his British cultural superiors. And that's not all: this mythic and apparently far superior compatriot of mine also supposedly had one other attribute that made him especially esteemed by these once haughty imperialists and Italophiles: he read Dante Alighieri-----and in the original old Italian language!

God help me! I was in real trouble this time! This was the sword that had finally pierced through every layer of the armor of determination and poise that I wore. It stung and I knew that this repartee must be answered: “Well," I replied, "I sing along to The Supremes and The Four Tops when driving in the car-----and in the original American!"

And then I ran for my life!