E Pluribus Unum (Out of Many, One): A Fourth of July Concert

American music, like all of American culture, originates in the great melt pot of our country. It is in this diversity that we are our very best and is from which our music derives its greatness. Our music is one of our greatest gifts to the world. Jazz and rock 'n' roll music, in particular, are universally praised for being embodiments of collaboration and unity and true expressions of the American Spirit of youth and freedom.

But little remembered today is the origins of these musical styles in ragtime music----that old fashioned, syncopated beat "ragged" music, that was popular in the first decades of the twentieth century. Even less known is that this first form of popular American music originated in the military marches of the John Philip Sousa, leader of the United States Marine Corps Band, and the African-American musical traditions and innovations of Scott Joplin of Texarkana, Arkansas. Indeed, "ragtime was....a modification of the march style popularized by John Philip Sousa with polyrhythms coming from African music" and it is to these traditions that all of popular American music, even up to this very day, is built.

Come, join with me, in celebrating this music on this Independence Day!

Scott Joplin
"The King of Ragtime" 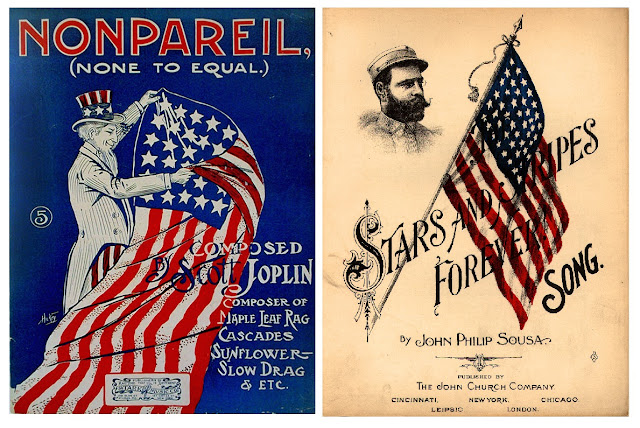